Websites go down, it’s just what happens. I have sites and I have experienced downtime plenty of times.  However, this time it’s different.  This time, three major Iraqi dinar websites are down.

Last Updated On: March 16, 2016
By: Nick Giammarino
Subscribe to the Dinar RV Newsletter – [OptinLink id=1]CLICK HERE TO SUBSCRIBE TO THE FREE NEWSLETTER[/OptinLink]

Here is a picture of James Wolf, the real owner of the website: 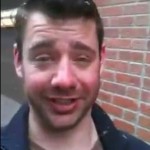 If you want to hear his voice here is a sample of him explaining if the Iraqi Dinar investment is a scam, he makes mistakes when reading this eBook:

DinarDaddy – Supposedly, maintenance is why this site is down.  I think they are cleaning up some of the bad posts they made in the past.  As some of you may or may not know, the site used to post dinar calls from Ali Agha of Dinar Trade, but within three days of dropping the banner from his site, he put up the new one for Treasury Vault.

A little back story on Dinar Daddy for those who are not familar.  The site was started in 2010 by Roger Dorman and Angela Dorman of Utah.  Roger became known as Dinar Daddy and his wife Angela became the owner of a company called the Currency Vault which is now Treasury Vault.  Here is proof: 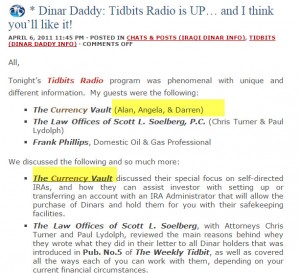 Alan is Angela (Roger/Dinar Daddy’s) father, thereby being the father in law.  So do you see the deception?  You have a man claiming to speak to an Angela of the Currency Vault, when he is really just calling his wife, probably in another room.

Here is her Facebook page, note where she works: 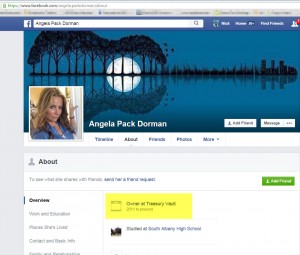 Here is a clip of the owner of Dinar Daddy Roger Dorman talking to the President of what is now Treasury Vault Angela Dorman his wife:

Use a browser other than Chrome in case you can’t see the audio link above, see this video for a more visual presentation of facts:

Imagine that, he actually has the nerve to call his wife and pretend to not know what she is doing.  Listen to 2:20 for the second part.  You hear fake conversation going back and forth between them such as:

Angela – Thank you so much for inviting us.

Roger – What’s been going on in your world?

This should raise red flags for anyone investigating dinar gurus.

Need more proof that they share last names?  Take a look at this:

Roger was one of the original gurus and pumpers of dinar, in this DELETED CALL below, you will hear Roger speaking to Ali Agha, the owner of what was then Dinar Trade back in 2010:

This recording was scrubbed from the internet, I obtained a copy last year by doing very deep research on Archive.org. 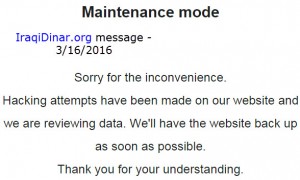 Thanks for checking this out guys!  Please share this information.